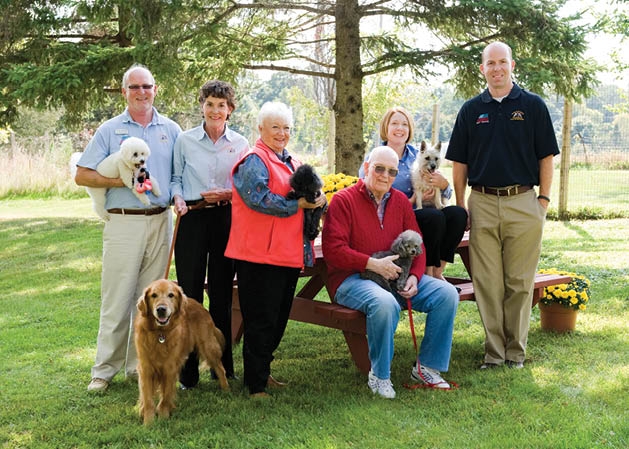 Peggy Hilton’s parents started Goldwood Kennels in Dellwood as a breeding facility for their golden retrievers. While they were known for years as the breeder of one of the top golden retriever bloodlines in the world, the couple became inactive in the 1950s.

This didn’t last long, as Peggy and her husband, Frank, caught the animal bug and started up again in the 1960s. They bred and trained goldens for 10 years before moving to their current location in White Bear Lake, starting with just four kennels, then expanding to 10. “We needed more [kennels] because our neighbors kept calling us up and saying, ‘Could you take care of my dog for me?’ ” Peggy says. “And we weren’t even charging people at that point.”

Back to News & Events